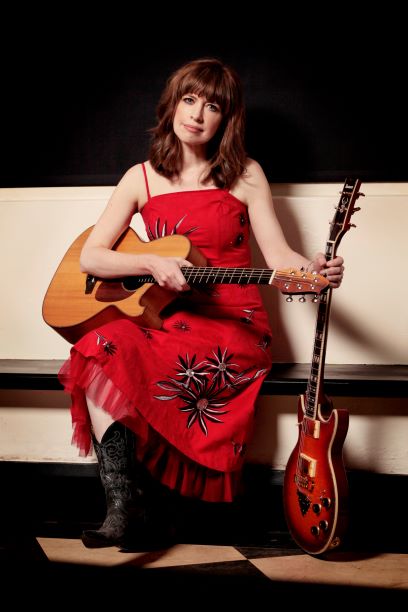 Recently honoured with a Lifetime Achievement Award by the Ards International Guitar Festival in Northern Ireland, Sarah McQuaid has drawn critical praise for her voice (which has been variously likened to malt whiskey and melted chocolate) and her engaging rapport with audiences: “I’ve attended hundreds of concerts of all kinds, and her subtle mastery onstage launches her straight into my fave shows ever,” wrote The Huffington Post.

With the release of her new album, the Madrid-born, Chicago-raised, Cornwall-based singer/songwriter has expanded her battery of instruments to include piano, electric guitar and drum, and it’s drawn critical raves internationally: Dutch music magazine Heaven hailed it as “an early contender for folk album of 2018,” the UK’s fRoots said it was “a collection to savour” and the USA’s PopMatters called it “a gateway into a true innovator’s soul.”